This Revolution Is Women’s Work - Take One

I am the mother of a Black boy.  I don't get Thanksgiving and Christmas off. How can I stop holding in my heart the images of anguished, tear streaked, grim lipped mothers? How can I forget that a mother’s son’s last words have been printed on t-shirts and hats, the profit from which she will not see one dime?  How can I forget that some woman’s husband’s last words have become a chanted hashtag.  (Which a White woman wants to trademark!?!)

Think about that. I mean meditate on that.  Imagine that you are Leslie McSpadden, Mike Brown’s mother. You leave your bed.  Start there. Just start with the getting out of bed after your son has been murdered. That’s the part where I usually start crying a little bit. The part where I imagine my feet touching the floor.

But, keep going. The hard floor connects with your soft warm feet. Your mind is slowly creeping out of the misty dream. As your feet hit the floor, you remember that you need to remind your son that his library books are due or that his college needs him to send in the health form.  You have to tell him something about the future you have planned for him. And he is dead.

And your feet are on the floor. You’re sitting on the side of the bed. The phone rings. You answer it. Some activist you don’t even know on the East Coast wants to talk to you and forgot about the time difference. Because your son is dead.  You politely ask them to call back later.  Because your son is dead.  Everybody needs something from you.  Still.  You just want to go back to sleep.

But, you don’t. You stand up. You can’t imagine how this body can defy gravity. What makes these muscles, these joints, these bones, these heart blood filled arteries so special other than life?  You have a bladder. It is full. That means your feet. Those feet which hit the floor ~  like your son’s body hit the pavement ~ have to rise. Like your son never rose.  They have to rise again and again and again to carry you to the toilet.

I think about the profits Arizona Ice Tea and Skittles made.  Who are we as people to race into the streets crying justice all the while lining the pockets of the unjust?  I get the politics of class. I get wanting to have something after generations of having nothing. I get it. It hurts. Our poverty legacy cripples us.

But, unless we want it to get better, the real retail therapy we need is abstinence.  And this is where my revolution begins.  I have a two pronged attack. 1) Educate my son fully, comprehensively and accurately.  2) Live simply so others may simple live.   I have long known that the most definitive vote I have is my dollar. I don’t have any answers.

I’m making this up day after day.  Every 28 hours, I get a new idea about how to resist. I am doing my own version of#NotOneDime. I'm not spending any money on any non-essential items.

At first, I looked at one small way to reduce dependence on corporations. No more take out coffee. No more Saturday brunches at our favorite waffle place. But we like these things. Which means, I've had to become very conscious or mindful of our behavior. I know I like coffee. So, I pack a thermos. I know we get thirsty, so I pack water or juice. Once I got that down, I picked another battle.

For example, I know we eat everyday. It's not a surprise.  When I was engaging with corporations, hunger sometimes felt very much like a surprise. Like, “Oh, sh*t, it's 6:30 and I'm hungry. What the heck can I make for dinner? Oh screw it, let's just order pizza.”

Then I think of Sybrina Fulton, Leslie McSpadden, Esaw Garner, Samaria Rice, all of the women, mothers, wives, sisters who put their feet on the floor every morning.  These women who lift that foot up and put the other foot down.  These women who keep moving.  I know, I can not allow this to creep up on me.

But, I also know we keep a pretty good pace around the house. And that sometimes I'm too tired to cook. Sometimes, there have been one too many racist micro-aggressions in my day.  Or that feeling of helplessness at the sorry state of the world we are giving to our children makes me just too damn aggravated.  So, I've started planning for my shortcomings and distractions. I have to face them and be mindful.

I'm doing some batch cooking on the weekends so, I have some easy, nutritious meals to throw in the microwave or oven and/or making a lot of things from scratch.  I’ve reduced or eliminated breakfast cereals, bread, cookies, crackers, snack items etc.  For example, waffles. A double batch of waffles can go in the refrigerator or freezer and then turned into toaster waffles. I'll do three batches of cookies. Save the dough in the refrigerator and cook them on demand. I just commit to one thing. One day. One thing.

In the past two months, we have used over 20 pounds of flour, 3 tins of baking powder, more than several dozen eggs and a bottle of yeast. We have eliminated over 8 different corporations from our budget. And if there is something you can not "live without," chances are you can find a copy cat recipe on the internet.  Here's a head start. This link has copy cat recipes for 17 desserts that people crave from chain restaurants.

Because I realize all of these things which have traditionally been classified as “women’s work” ~ cooking, cleaning, shopping, child care ~ are the revolution. It is why they have been dismissed and undervalued.  If women walked out on everything that was expected of us, society could well,

change. It would take a minimum of $113, 586 a year to replace me.  See for yourself the annual value of women's unpaid labor.

What you can do is pick a few battles with specific corporations.  I can’t tell you which one. Just try eliminating The Koch Brothers from your household budget. They are actually easy to replace with a Black owned company called Freedom Paper. Walmart is good to boycott. In addition to the fact that the Walton's combined wealth is bigger than the combined wealth of Americans, they have simply terrible labor relations.  Try Nestles. They believe water is not a human right.  Then don’t buy from just that one corporations until you are ready to eliminate another one. 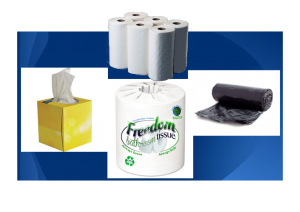 Do your best to shop locally. Do your best to support individual craftspeople. Do your best to reduce spending on non-essential items until #BlackLivesMatter. It’s making a difference.  The #notonedime campaign cause a 7 billion dip in Black Friday and Cyber Monday revenue.  But, more importantly, speak out. Often. Relentlessly. Until your friends join you. Just do one small thing loudly.

I am the mother of a Black boy.  I don't get Thanksgiving and Christmas off.  But, together, we can start trying to take them back.

Before you go shop.  Finish the meditation at the beginning. Cook the breakfast. Go to the funeral home.  Look upon that child's bullet ridden body. Poke at the dinner. Don't turn on the tv. Follow that meditation all the way through to the part where you climb exhausted into the bed knowing tomorrow will be the same and the same for another mother and one after that.  Every 28 hours, a Black mother somewhere is putting her feet on the floor and standing up after her son has been killed.  Then think about how much you need that whatever it is which seemed so important five minutes ago.
Email Post
Labels: #BlackLivesMatter #NotOneDime Black motherhood Boycott Eric Garner Ferguson Mike Brown Not One Dime Raising Healthy Black Children Tamir Rice Trayvon Martin

This is remarkable. A poem and manifesto, a song with marching orders. Makes me want to do the electric slide.

I'll never forget you saying, a million years ago, at Cave Canem, "money is a very tangible form of love energy." That is, "what you buy is where you invest your soul." This new teaching is, in fact, the old teaching, isn't it? invested with the urgency of the now?

Blessings upon you, sister-mother. Your voice graces us. And also, my prayers for the safety of your beautiful family.
4:48 PM

Becky said…
This is beautiful and inspiring. Thank you.
6:31 PM

Christina Springer said…
Thank you so much! Yes, we all have to find our way. And if none of the ways, of creating change feels right, we must make up our own.
8:04 PM

Ketan Bakrania said…
The batch cooking is what I was forced to learn and perfect over years, when it came time to pay my student loans as I was working as a bicycle courier in Pittsburgh. Every Sunday, I would cook what most my friends know as Hoj poj. I would eat it for lunch and dinner. It was designed to be maximum complex carbs, protein and spices. I had a few batches that were depressingly average at first, but this forced me to get better, including advice from my mom. I eventually started saving a little money, instead of spending 20$ a day on big meals that it takes to work as a bike messenger. It sucked at times to do this with such long term physical exhaustion, but it was healthy power food, that I had enough to share with people. Another ritual I still do is breakfast prep at night. I best the eggs and spices, prepare the oatmeal in a bowl with milk, sugar, pinch of salt, vanilla, make a PB&j, and also make home made Chai and put it in Thermos inside a cooler, so it's piping got in the morning. I've also made pancake battery at night to last a few days. These are the rituals that need spreading. They are easier to do before relaxing with a movie or something in the evening. Keep up the good works and figuring it out as you go! I'm still figuring it out.
10:34 PM

Christina Springer said…
Thanks Ketan. Yes. It is a constant challenge. A fun challenge. Do you freeze the batches for DIY frozen dinners? I freeze chili, soup, lentils for those days when I'm just don't want to cook. I will often roll up 10 bean, veggie, rice bonanza burritos. (Better than the ones which cost $6.00 in the frozen food aisle.) That way, we aren't eating the same thing every meal. We have the look and feel of something "new" every night.

The more I do it, the more a rhythm emerges making it even simpler each time. So, then I look for the next challenge. I'm experimenting right now with 10 Minute Meals. I do a weekend prep of meals which will take 10 minutes to turn into something "new" every night.

I'm glad to see that you are eating healthfully. It makes a difference.
10:47 PM