“If you’re going to make gin from shit, you can’t make a shit gin,” says Les Ansley, one of the founders of Indlovu Gin.  Indlovu is Zulu for “elephant.”   So, since elephants forage over large distances, no two batches will taste exactly the same. But, wait! They have an answer.  Each bottle will be labelled with the GPS coordinates and date on which the dung was collected. It doesn't get much better than this!  The best thing about this whole project is that it creates an economic motivation for conservation.  Sad, but, true.  Human will only save elephants and habitats if there's liquor involved.  Leave it to some colonizer White people to come up with that scheme. 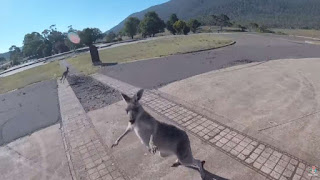 Paraglider Lands, Gets Socked In The Face By A Kangaroo While Recording The Whole Thing With Their GoPro

The kangaroos knows what to do with colonizers invading their habitats just so they can  feel "wild" and "free." That is all.

What a sad day. No gin or fueling of corporate interests could save these animals who once roamed all of Asia, including India.  Deforestation and poaching were the culprits.  "The Sumatra rhino is the smallest of the rhinoceros species and the only rhino with two horns." 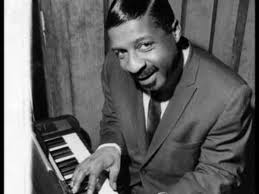 The True Story of Erroll Garner, the First Artist to Sue a Major Label and Win

History is really important and one of Pittsburgh's own, Erroll Garner, gave us a lesson back in 1960. Before Prince or Kanye, someone was out there litigating on their own artistic behalf.  The best part of this article are Garner's own words:

“I must demand that you immediately withdraw ‘Swinging Solos’ record album which your Columbia Records subsidiary released … this took place despite my written notice to your record people … the material was not approved and was unworthy of public sale. As a matter of ethics I am amazed that release took place precisely at the time my manager was meeting with [you] at [your] request and while [you] were assuring her that the album would not be released.

Is it you feel you can sandbag me because I am a Negro artist?  Must demand that sale and distribution of album stop immediately and that it be recalled from press, radio people and record dealers who have previously received it … because it not only violates my artistic integrity but that of every artist on your label.”

The rest of the article in Variety is a nice read.

In a recent speech, Baron Cohen called Facebook “the greatest propaganda machine in history."  One of the reasons Facebook silences it's Black users in such a precise and calculated manner is that we don't fit into their ideas of what a best future looks like.  Remember, we are what my father calls, The Disposables.  Worth the whole read, here are the highlights.

"It’s actually quite shocking how easy it is to turn conspiracy thinking into violence. In my last show Who is America?, I found an educated, normal guy who had held down a good job, but who, on social media, repeated many of the conspiracy theories that President Trump, using Twitter, has spread more than 1,700 times to his 67 million followers. The president even tweeted that he was considering designating Antifa – anti-fascists who march against the far right – as a terror organization.

So, disguised as an Israel anti-terrorism expert, Colonel Erran Morad, I told my interviewee that, at the Women’s March in San Francisco, Antifa were plotting to put hormones into babies’ diapers in order to “make them transgender”. And he believed it.

I instructed him to plant small devices on three innocent people at the march and explained that when he pushed a button, he’d trigger an explosion that would kill them all. They weren’t real explosives, of course, but he thought they were. I wanted to see – would he actually do it? The answer was yes. He pushed the button and thought he had actually killed three human beings. Voltaire was right: “Those who can make you believe absurdities, can make you commit atrocities.” And social media lets authoritarians push absurdities to billions of people." 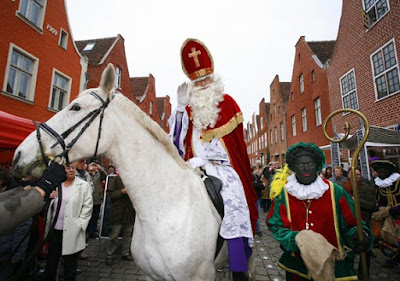 Black Pete: Analyzing a Racialized Dutch Tradition Through the History of Western Creations of Stereotypes of Black Peoples

This is more for White people, but, it is a fabulous read about Black Pete. It gives a comprehensive examination of stereotyping, it's role in oppression, and it's colonial history as a tool to justify the enslavement of African peoples. More importantly, it blows a lid off of the Dutch notion that they've done so much better than the rest of Europe in being "extremely tolerant and anti-racist. "

The Dutch people like to point at their history and their open policies. Yet there is a huge discrepancy between what is claimed by society in general, and what many minorities experience. The traditional Dutch celebration of Santa Clause, “Sinterklaas” in Dutch, is an example of such a discrepancy. The character of Black Pete, “Zwarte Piet,” in the Sinterklaas holiday has been a very controversial issue in The Netherlands.

"The problem however is that the stigma of racism has spread faster than the consciousness of racism. That stigma works as a deterrent to developing the sense of consciousness. Why? Because we live in a world of people, most of who are well intentioned, whose fears of being labeled prejudiced are stronger than their fear of actually being prejudiced. Therefore, they contribute to prejudice. The stigma of prejudice often resonates deeper within non-oppressed peoples than the harm it causes the oppressed. There has developed a gross perversion of the spirit of the concept of political correctness. It is about an awareness and sensitivity to the historical oppression of a peoples for the purpose of not only avoiding inflicting further harm upon them, but also for developing a means with which to deprogram ourselves from the notions that have been ingrained in us throughout our lives and the lives of those who raised us. Is this only out of ignorance however, or does it also stem from people’s resistance to face their own demons? Haven’t these issues been brought up before, or does our extremist definition of racism serve as a way for us to separate ourselves from those other kinds of people, who intentionally and openly hate. Can we look down on them and say, “I’m not racist, I’m not one of them?”

It's a long read, but it is worth your time.  More importantly, pass it around.  There are so many other ways this stereotyping lives in the modern world. 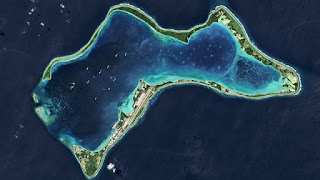 Descendent of the people enslaved by France in 1793 call The Chagos Islands home.   Chagossians, a Creole ethnic group are the last Africans remaining under British control.  This archipelago remain a British colony despite orders from the United Nations.   According to History.com, “The UK paid the colony of Mauritius a £3 million grant in recognition of the detachment of the Chagos Archipelago and amongst other legally binding undertakings, gave a commitment, repeated by successive governments, to cede the islands to Mauritius when no longer required for defence purposes.”  Purchase or not, the land was never for sale.

Great read. The answer is no.  Most White people want to talk, not do.

Rosemary is not a rosemary, rules RHS - it's a sage, as they tell gardeners to change plant labels

The Royal Horitcultural Society (RHS) declares that we shall no longer be calling Rosemary officinalis by that misnomer.  It shall henceforth be addressed by it's scientifically expanded name as Salvia rosmarinus, rather than Rosmarinus officinalis.  The article describes the reaction from the general public, as them "meddling for meddling's sake".  I'll go along with it.  For science! But, I won't sing "Parsley, Sage, Sage, and Thyme. " It throws the rhythm off.

This year, ripped out the front lawn and began planting a pollinator friendly garden.  It's a crazy mess - tomatoes and sunflowers up against echinacea and rudbeckia.  If I lived in Minnesota, I'd be so excited! The state legislature set aside  $900,000  to be used as grants to help cover the cost for homeowners interested in planting bee-friendly plants in their yard to create new or more thriving bee habitats.

The book will accompany an exhibition by the same name at The Black Diamond in Copenhagen which opens March 23, 2020.