The Daily Read: All The Things Spiritual & African/Atlantic Hit The News The Same Time 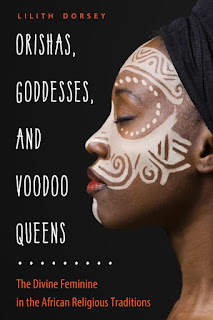 ‘Voodoo Is Part of Us’

says Haitian native "Agathina Ginoue Nozy, "It’s who we are. It’s the culture. Voodoo is the food that we eat. It’s the language that we speak.”  By all accounts, about a week ago, there was a wonderful Fet Gede gathering in New York.  The event brought together voodoo practitioners, Haitians and the ever curious.  Every culture who remains close to the Earth has some element of ancestral reverence.  Fete Gede (Festival of the Dead) is one of those celebrations in which the loa and the ancestors are given a special remembrance.

"What voodoo is not, contrary to popular belief, is a dark spell-casting practice full of pin-dolls and demonic prayers, said the party’s organizers, Monvelyno Alexis, 43, and Riva Précil, 30, a husband and wife musical duo who have organized one of the city’s most popular Fet Gede events for the past seven years."

Interest in the surviving religious and spiritual practices of African-Atlantics has strongly risen over the past few years.  The more folks move towards personal liberation, the more they begin to internalize the violence which is Christianity. Spirituality is an important part of life for many.

What used to be hidden, in order to protect it, is rapidly becoming visible.  I have a lot of mixed feelings about this.  It isn't necessarily a good thing.  We only have to turn to yoga and smudge sticks at Walmart to understand one of the reasons why.  Because our orisha, loa, nkisi, mpungu, egun are very active, tangible forces - they can and do attract.  But, many humans - especially certain kinds - aren't here for the service part of the religion.  And many, many White people (because of centuries of cultural soullessness) think they can cherry pick or simply insert the parts of African mysticism they like into texts (fictional and otherwise.)

Regardless, there a emergence is happening.  "African Traditional Religions" are hot right now.  Just be careful where you get your information.  And celebrate the people who do the work, live the life and actually have mentors in the form of a lineage of some sort.

Here are some cool places to start. 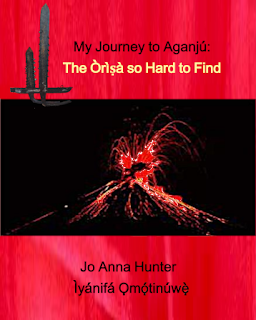 My Journey To Aganju is probably the deepest exploration of Aganju ever written.  This African-Atlantic author, Jo Anna Hunter,  has lived and travelled in Africa, Cuba, Europe, Asia and Brazil and studied of Lucumi religions for more than three decades.   She is holds an M.A. Degree in Cultural Sociology, but more importantly and relevant, is that she is a  Iyalorisha of Aganju and an Iyanifa.

Lilith Dorsey is back with another new title, Orishas, Goddesses & Voodoo Queens.  This one focuses on the divine feminine as expressed through diasporic African culture and history.  She's always a handy author for connecting the dots.  Dorsey embraces her full and complete heritage by exploring the magical and spiritual traditions of all of them.    Her traditional education focused on plant science, anthropology, and film at the University of Rhode Island, New York University, and the University of London.   She has numerous initiations in Santeria, Haitian Vodoun, and New Orleans Voodoo.  This one is available as a pre-order.

Get a firm grip.

The above books are amazing and belong on your bookshelf.  However, as exciting as it is, we (Black People) had and still have something powerful, vibrant and effective. This comes with the responsibility to learn as much about its history, origins, and philosophy.  One simply can not try on spiritualities like a bunch of new dresses, scarves and hats.  Worse yet, is using bits and pieces from each one to make your spirituality ensemble du jour.  By nature of who you are (as an Afro-Atlantic) you may be drawn to one or all of the ways your ancestors worshipped.  So, understand them.  Understand what they brought with them.  Understand how enslavement changed them.  Understand how all of these things play out in regards to what you have available to you today. 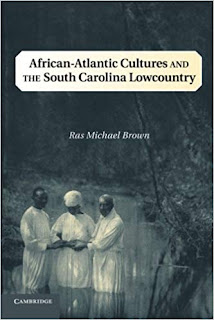 If you are American, Black and southern, I highly encourage you to begin here.  African-Atlantic Cultures and the South Carolina Lowcountry by Ras Michael Brown is scholarly, heavy with history,  and one of the best starting points for understanding the impact of American slavery on the spirituality of the African people who ended up on these shores.

John Mason spearheaded the dissemination of accurate and properly researched Lucumi information.  Check out his book Orisa: New Word Black Gods.  This is Lucmi through and through. No side trips.  No other examinations.  Just the orsha.

Another truly excellent read in the same vein as the Ras Michael Brown's book, is Mojo Workin': The Old African American Hoodoo System by Dr. Katrina Hazzard-Donald. An initiated Lucumi Ogun Olorisha, Dr. Hazzard-Donald became interested in African traditional religion as a result of her involvement in studying and performing traditional African dance. Traditional African religions utilize dancing as a form of religious expression. In the process of study and practice she observed many similarities in how African religions approach human existence, problems and concerns, and that body of practices known to African Americans as Hoodoo, conjure or “root work.” Examining those similarities led to her current research interest and continuing work on the book.

If you like things less scholarly, easier to read, with ideas for a few workings, the ever classic Jambalaya: The Natural Woman's Book of Personal Charms and Practical Ritualsby Luisah Teish, who broke ground in the early 90's with her then taboo sharing of long held secrets. 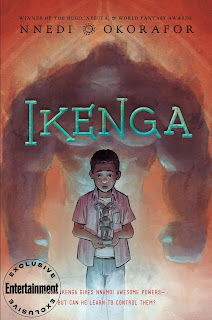 Nnedi Okorafor.  If you've been with my blog for a long time, you'll remember me constantly writing about Nnedi Okorafor.  There have been many, many books since that last blog and she has certainly kept me nourished.  She's back with a middle grade reader,  Ikenga, an Africanjujuist novel set in contemporary Nigeria about a boy who can access super powers with the help of the magical Ikenga. With all of the above talk, Nnedi brings an African perspective to the topic of juju.  Source and origin are always so important.

I wonderful look at what the Latina community is doing with religious and spiritual practices they received from the African ancestors.

They've got some music I'd heard before and some new ones for tucking in an learning what is giving rise to the reclamation of Black spirit. I am so delighted to have new music which reflects my spirituality.  More importantly, as a mother raising a child in these spiritual practices, it helps to have this sort of validation.  They missed a few that are important to our household, maybe I'll post about that another time.

Juju Is The Black Witch Story We've Been Waiting For

NO, It isn't. I put it here because... it hit the news right around the same time all the other things did.  It's a great example of why knowledge is power and well... it's good to have advisors, mentors and experts.  (Even Spike Lee knew to do that when he hired Santana Caress Benitez to play Mars' sister Lulu on "She's Gotta Have It.  In this article she tells you 10 Things You Need To Know Before Practicing Lucumí)
Email Post
Labels: Aganju Black witches Candomble Dr. Katrina Hazzard-Donald Fete Gede Hoodoo Ikenga Juju Lilith Dorsey Lucumi Luisah Teish Nnedi Okorafor Palo Mayombe Ras Michael Brown Santeria Voodoo